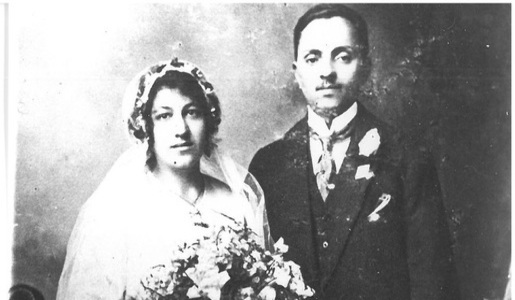 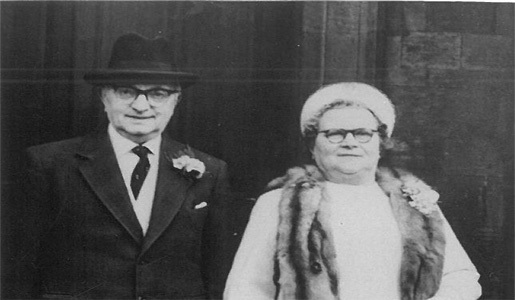 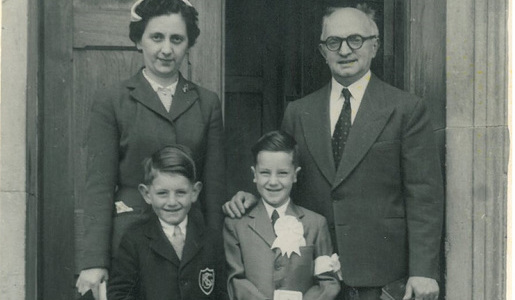 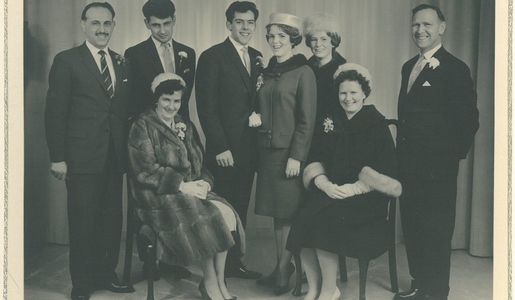 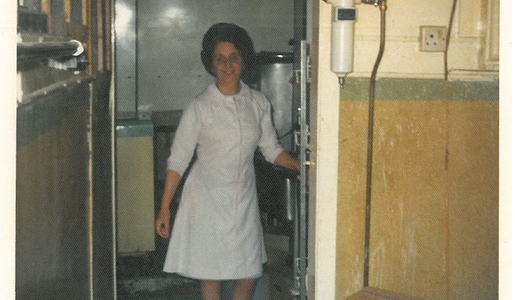 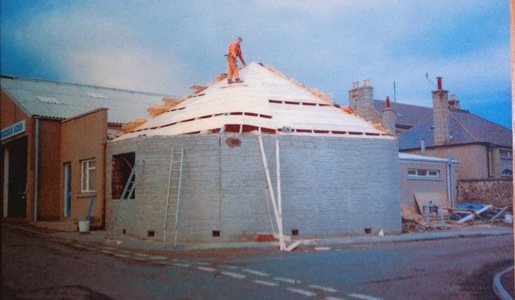 The office's of the new Rizza's factory being built during 1989 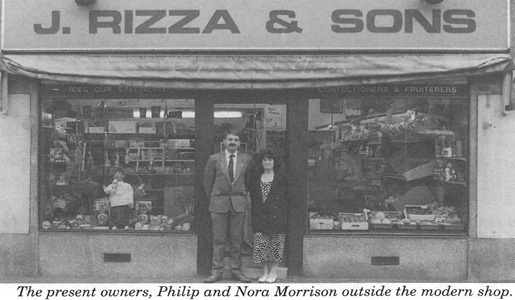 Philip and Nora outside the Huntly Shop 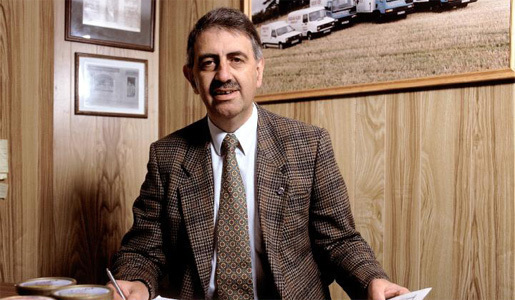 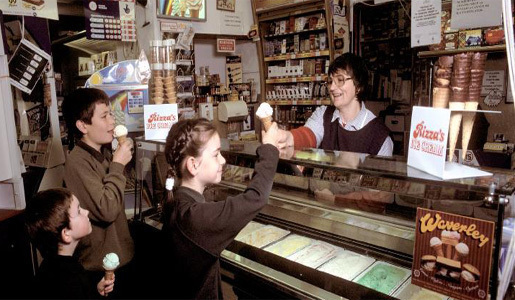 The Rizza's factory on Steven Road. Purpose built in 2002 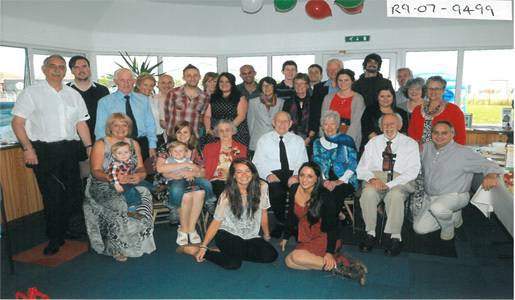 Mary enjoying her 90th birthday with family at Rizza’s 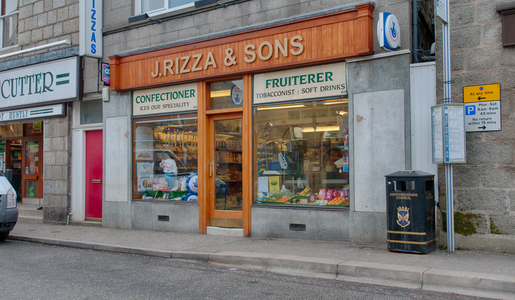 Outside the Huntly Shop on Gordon Street

their first business in the North East of Scotland.

Like most of their countrymen James and his brother Domenico left the small village of Belmonte Castello, near Monte Cassino in the south of Italy during 1907. Domenico, who was only 17 at the time, arrived in Scotland and was ten years older than his younger brother James (Giuseppe Rizza).

Sadly, fire devastated this shop and James, his wife Emily and the three children Carlo, Maria (Mary) and George came to join Domenic in the Huntly business. As Dom remained a bachelor all his days, he came to his brother's aid and moved out of Huntly, eventually taking over the Clifton Road shop in Lossiemouth which had been converted from a butcher's shop into a café by Luigi Zaccharini. Dom soon became one of Lossie's favourite characters, dispensing with a quiet smile excellent ice cream in summer and hot drinks in winter. To this day the Lossie Shop still bears the Rizza name.

In 1948 James' daughter Mary married Rothiemay born Donald Gordon Morrison (known as Gordon). After years working at the Huntly shop, Mary and Gordon moved to Mid Street in Keith when Carlo (Mary's older brother) returned from the 2nd World War to come into the business.

Again tragedy hit the Rizza family when Mary's brother Carlo died in 1965 and consequently Mary and Gordon with their young family returned to live in Gordon Street to help with the running of the Huntly shop.

In 1971 the family firm moved up a gear and opened a wholesale ice cream business, investing in premises in Upperkirkgate where they stayed for the next 30 years. When James retired, Mary and Gordon ran the Huntly shop and Gordon took note of Philip's views of expanding the business and purchased the old Spar distribution building on Upperkirkgate.

With Domenico still in Lossiemouth and Mary and Gordon in Gordon Street, Philip had plenty of help from all the family and the future looked very promising.

However during 1975 both James and Domenic passed away months apart. It was then left for Philip to continue running the Upperkirkgate premises, with Mary and Gordon keeping a close eye on Lossiemouth while running the Huntly Shop.

In 1979 Philip married Nora, a primary school teacher. Nora became a director in the firm in 2002 and took responsibility for Quality Control and BRC accreditation.

Today Rizza's are now based in Huntly's industrial estate with a state of the art purpose built factory.

Moving with the times, the family business has invested in new machinery which has helped produce up to 1500 more litres per hour.

In addition to their Italian recipe ice creams and sorbets they also make a prize winning Rizzas Gold premium ice cream using Jersey double cream. This was to win the Challenge Cup for the National Ice Cream Alliance Competition in 1997.

Rizza's real dairy ice cream is made using cream supplied by a local dairy and this too has won numerous awards and cups throughout Rizza's 64 years as members of the Ice Cream Alliance.

Now Philip's elder son Donald is to take the reigns. As a 4th generation member of the Rizza family, he hopes to continue the work that his great grandfather, his grandfather and father began.